A story about two different lifestyle... 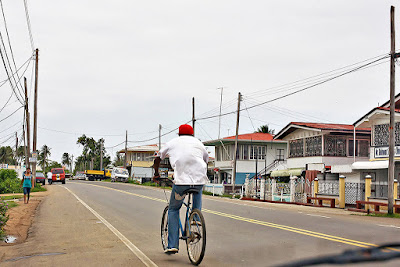 (Photo Credit goes to KennardP on Flickr. Check out his profile for the best pics of Guyana and other Destinations)

First of all I want to say that I love Canada, having lived here for 13 years now, I can't imagine moving back to my birth land or to any other place for that matter. The main thing that I love about living here in Toronto is that there is always something to do, and for the most part people are friendly, but there is always a bit of a disconnect, it's hard to know who trust and who not to trust. I have made many bad judgement and befriended many people that turned out to be not a bad person per say, but a hustler just trying to make a buck out of me and be on their way... And I guess that's one of the things that I miss most about Guyana, the fact that I know almost everyone in my small village, and everyone knew me because my dad and grandparents were well established and well known, so even if I didn't know someone they knew me and were looking out for my well being.

Whats life in Guyana like? Well my days started like this... my alarm would buzz, and as I slowly stir awake, I could hear the birds chirping away and I would listen for the sound of my neighbour's radio, it's 5am and even though she is a practicing Hindu, she would be listening to the Islamic program which is on at 5am. (Because that's how we do things in Guyana, we love and support each other and enjoy the differences in out cultures). As I take a bath I would continue to hear her radio playing, and the sounds of her spoon clinking in her big pots as she cooks fresh food to go sell at the school canteen (Cafeteria). As I head down into my kitchen and open the windows, the smell of her delicious food would hit me in my face, and help me speed things up to get my meals going, and as the day moved on and it got noisier she would turn up her radio, by now famous bollywood music will be playing, and I can hear her and her son nagging at each other as she urges him to go take a shower. If I don't hear these sounds in the morning, I know something is not right, and she is not well, and I would give her phone a ring.

I miss the warmth that is there all year long, I miss that I can have my room window open 24/7, and the occasional bird that would land on the window pane and take a rest, or snoop around for something to eat. I miss having my breakfast on the veranda and watching the streets get busy with life. There is a little boy of African descent, that is blind in his one eye would be calling door to door, dressed in his school uniform, but trying to make a buck or two before he heads to school, he would be carrying about 10-15 brooms made out of coconut branches on his shoulder , and he would call out to me "Miss broom for you today?" and at least once a month, if my dad has already left for the day, I would sneak out and go buy a broom, even though we had so much already, I just couldn't say no to the poor thing, I couldn't imagine if I had to wake up early and head out to sell something, so me, or my siblings or parents would have enough to eat.

Witnessing poverty and love and kindness and progress, I miss all of those things, it was all part of daily life there. Everyone who passed by on the streets, would give a shout out to everyone. No matter how hard or tough the day ahead was gonna be for everyone, they smiled and waved hello, and wished everyone a good day, and a good morning. Who had time to spare, would stop in by whoever else had time to spare that morning and share a cup of tea, a neighbour who's tree just bared mangoes, would be riding around on his bicycle with a bag full, of other already parceled bags, he wouldn't ask do you want some mangoes, he would just yell out "Come down come collect dis mango, I gone leave it hanging on the gate" and be on his way.

Anyways I could fill a book with all the things I miss. But that is all for now, my little one just woke up. Were you born and raised in Canada? Or did you grow up in another country and migrated here? I would love to hear what your experience has been like? Do you miss your birth country a lot? But know things won't be the same now if you did move back there?
Reach out to me via social media, or comment in the posts below and let me know. Peace and love to all! 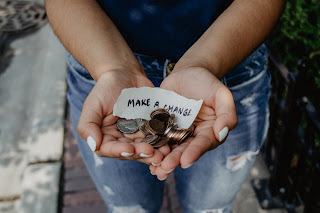 A sad story...happened just before Christmas 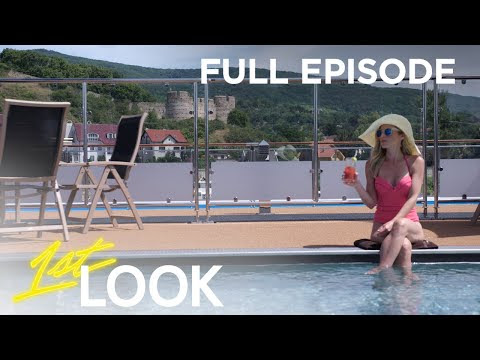 Jihan Travel Diary
Hello and welcome to my personal blog, I am a registered Travel Consultant with Dream Vacation Genie (Links on my Contact Me page) A bit about me: I was born and raised in a close knitted community in Guyana, South America. Being a third world country with only dial up internet and 4 tv station, I spent most of my days reading books and day dreaming about the days where I would be able to travel to these faraway places of wonder. In 2006 I migrated to Toronto, and it has since been a never-ending adventure. I’ve worked in various positions over the years (work history on LinkedIn) but none has been as rewarding as working as a Travel Consultant. I have a tendency to over share, being an empath and also an extrovert (you’ll probably discover this on your own if you read my posts.) I’ve always had a passion for travelling and trying new cuisines, and most of my travels have been to the Caribbean, mainly because I love seafood, hot sunshine and turquoise beaches. On my travel wish list right now is Dubai, and Aruba. Feel free to reach out to me on Social Media or SMS for any of your travel needs.